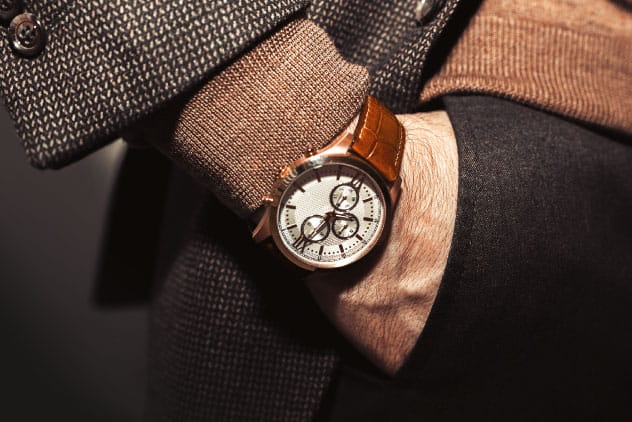 Everything You Need To Know About Working in Jerusalem

Everything You Need To Know About Working in Jerusalem

In the past, Jerusalem was known mostly for its historic sites, museums, tourist attractions, and it’s religious centers, but times are changing. Jerusalem is becoming an epicenter for high-tech and business ventures and today is home to some major corporations including Intel, IBM, Johnson & Johnson, Mobileye, OurCrowd & WeWork. Highly skilled workers are not just working in Tel Aviv anymore, but beginning to take their talents to Jerusalem.  In addition to the business sector though, more jobs are being created in a range of industries and specialties, particularly for english speakers and Olim. More and more, locals and those abroad are looking for ways to work in Jerusalem and to land the job of their dreams. In this blog we’ll take you through some of the most commonly asked questions about working in Jerusalem and cover topics like types of jobs, salary, visas, and what it’s like to work in the incredible city of Jerusalem.

What Type of Jobs Are In Jerusalem For English Speakers?

Jerusalem is a diverse and colorful city, and so are the types of jobs you can find there. High-tech is of course a great field to be in and is only growing. Many companies are often looking to hire electrical engineers, developers, and computer programmers. Jerusalem’s ‘High-Tech Village’ & Har Hatzofim area are filled with both start-ups and major corporations that are almost always looking for skilled workers with tech experience. The medical field is also popular in Jerusalem. The city hosts numerous hospitals and medical centers including Sharei Tzedek, Hadassah, St. Joseph’s and many others, which offer jobs for nurses, doctors and other medical professionals. Major fields available specifically for english speakers in Jerusalem are sales, content writing, and digital marketing. Many companies require fluent english speakers for these positions as a lot of their business is abroad, and olim to the country often end up taking up a lot of these positions. Even with the rise in high-tech, research, and finance, Israel is still the holy city of the country, and offers numerous jobs to those in education at the city’s yeshivot and seminaries, religious day schools, and in positions at Jewish Youth programming. Tourism continues to be a popular field as well, especially in the Old City, with many tour companies offering guided tours of the city’s rich history. Lastly, Jerusalem is also home to some of the country’s major government offices, including the knesset, the ministry of education, the Prime Ministers office, the US embassy, and many others. This creates many available government positions, which usually come with some great perks and benefits. When all else fails, the country is often called a ‘start-up nation’ for a reason. Israelis with their stubbornness and chutzpah make work for themselves when there is none to be found. Many olim come to the country and for the first time in their lives start their own business. This is a land of opportunity, a country “flowing with milk and honey”, and one with promise. With a little bit of perseverance and faith, you can be amazed at what you can make happen.

Are There Jobs In Jerusalem For English Speakers That Also Have A High Salary?

Finding a job as an Oleh in Jerusalem can be challenging. Finding a job in Jerusalem that is suitable for an english speaker and also has a high salary can be even more challenging. Fortunately, there are actually quite a few options. As mentioned before, the high-tech sector continues to be Israel’s most profitable and fastest growing sector, with salaries rising and an increase in needed positions.. The reason many of the companies are so profitable is because they are international and do business with other companies and people worldwide. And when companies do business with those abroad, they often require fluent english speakers. So as it turns out, being fluent in English, in Jerusalem, and Israel at large, is actually a very profitable and important skill set on its own. Couple that with knowledge in computer programming and engineering or digital marketing and sales, and you can earn a higher salary than most in the country. Engineers, sales representatives, developers, marketing professionals, project managers, and IT experts, are some of the best fields to get into in Jerusalem and beyond. You don’t need to be working in high-tech to land a job as an english speaker and to also make a high salary, but it sure is the most common route for Olim in Jerusalem.

How To Get A Job In Israel?

So now that you know there are great jobs available and you even know which fields and positions hold the most promise, how do you get one? If you are not a citizen, you will have to go through the process of obtaining a workers visa, but we will not delve into the entirety of the process here. What we will say is that Israeli businesses are at times more reluctant to hire those with just a visa, as they are not certain that the employee will stay for the long term. For those who are Israeli citizens or who have already obtained a workers visa, there are a number of tools at your disposal. Probably the best way to land your dream job in Jerusalem is through networking. In Israel, more than 60% of job positions don’t even reach the job board and get filled by friends or recommended colleagues. If you want a particular job or you want to work at a particular company, our best advice is to tell all of your friends and peers about it. And if you do not have alot of professional contracts, or your networking efforts aren’t enough, there are also a lot of great organizations and resources in Israel at your disposal. Organizations like the AACI, Nefesh B’nefesh, Gvahim, Connect Jerusalem, and a number of other employment agencies help olim find jobs, connect to people in their field, tailor their resume towards the Israeli market, and even aid them in interviewing skills. There are also numerous online job boards, many in English, where employers and recruiters post available positions. The Nefesh B’Nefesh Job Board, Janglo, Glassdoor, Facebook’s ‘Jobs in Jerusalem’ and ‘Jobs for English Speakers’ all post new available positions on a regular basis.

How Do I Get A Workers Visa In Israel?

It’s not uncommon for people to begin working in Israel before they make the official move to the country. Many even choose to never officially declare citizenship but live and work in the country. All you need is a worker’s visa from the government. How do you get one? As listed on the website of the Consulate Office, you will need the following:

Even after submitting all of the above, you will be required to renew your permit annually. Your employer also needs to submit their own documents to the ministry of trade and labor in order for your permit to maintain its validity. The process can sometimes be tedious and irksome, so it may be worthwhile to apply for citizenship and become a full fledged member of Israeli society. It’s worth it, we promise!

What Is The Average Salary In Israel?

According to the Central Bureau of Statistics, as of 2019, the average salary in Israel was 11,175 shekel per month. As we mentioned above though, your salary can vary pretty drastically depending on what field you’re in and how much experience you have. In the information and communications sector for example, the average Israeli salary is 22,122 per month. High Tech workers also have a significantly higher average pay of 23,375 a month. And if you work in research or are a developer? The average salary is a whopping 25,517 shekel a month. Of course on the other end of the spectrum, you have those in the food industry with an average pay of 5,150 shekels per month and those in education averaging 9,106 per month. Whatever your career ambitions may be though, we urge our readers to remember these numbers are only averages. This is a country where people make the impossible happen and if you want something, all you need to do is go after it.

What You Need To Know Working As An American In Israel?

Well we thought by now, you would already be able to answer this question. As an American working in Israel, you need to first obtain your workers visa or make Aliyah, learn about the types of jobs that are available and which are high paying in this country, utilize your network and the many employment tools at your disposal, and then you can land your dream job. Working as an American in Israel can be challenging if you don’t understand the system, but with the proper guidance and the right tools, if can be incredibly rewarding, lucrative, and enjoyable. Americans will find the work culture in Israel to be very different than in the states. Dress code is usually much more casual, work-life balance is often a lot better, maternity leave is much longer, people are more flexible, and companies are less structured. You will be working Sunday-Thursday instead of Monday-Friday, so say goodbye to those lazy Sunday afternoons and hello to Friday brunch. In the States, a lot of topics may be too ‘Taboo’ to speak about in the workplace, but you’ll often find in Israel that almost nothing is off limits. Co-workers may ask you who you voted for, how much you earn, and disparage you for paying too much on your recent home purchase. There are definitely pro’s and con’s to the culture of both countries, but it’s comforting to know that whatever your work life is in Israel, it isn’t the entirety of who you are. In Israel, friends might not even know what some of their peers do. It’s just not the first topic in conversations. So we still recommend you do your research, prepare what you need, connect and network with others. But in the end of the day, living in Israel is far more than just where you work.