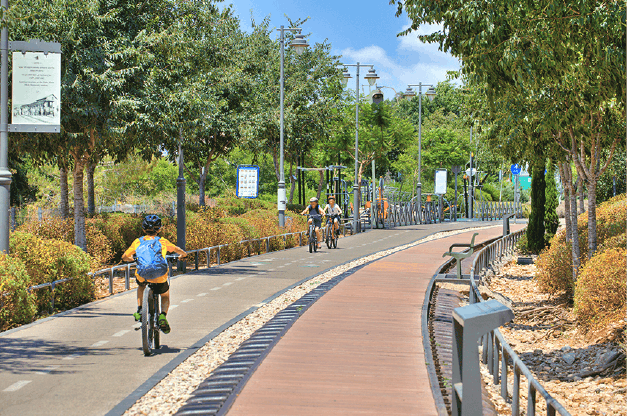 How Safe Is Jerusalem?

If you watch the news, Jerusalem might seem like a pretty scary and dangerous place. After all, most international news highlights stabbings, the Israeli-Arab conflict, terrorist attacks, riots, protests, and in these times, updates about spikes in coronavirus cases and deaths. It’s no wonder potential tourists and olim (those considering moving to the country) alike are concerned and even fearful of coming to Jerusalem. However, the Jerusalem portrayed on the news couldn’t be further from reality. Citizens living in Jerusalem have very little to worry about when it comes to safety and security, and generally feel completely at ease. The majority of locals walk and travel around the city and live a normal life. Police and military have a presence in most places, including shopping malls, transportation hubs, and on major roads. There are metal detectors before you enter buildings and proper measures put into place to prevent terror attacks from occurring. Most of the country has served in the Israeli army, and in the rare event that crime or terror does occur, there are usually local citizens close by who come to your aid as well. Hopefully, by the end of our post, you’ll feel a little more at ease with not only visiting the city of Jerusalem but even comfortable enough to one day call it your home.

Is Jerusalem Safe At Night?

If you are coming from the states, Europe, South Africa or any of the other common starting points for tourists and those looking to move to Israel, you may be wondering whether it’s safe to walk around at night in Jerusalem. After all, in many ‘safe’ cities around the US and around the globe, things change when the sun goes down. There aren’t as many people out and about, troubled kids are snooping around, and it’s harder to see your surroundings. All the more so, in Israel, where there is so much “conflict” and “terror” is there a need to be concerned. While every city in the world has crime and anything is possible, Israel is probably much safer at night than US cities comparable in size. In fact, walking around the city of Jerusalem at night is an amazing experience. The city is stunning at night and you’ll likely see many others, including old people and children, out as well. Plus Jerusalem has great evening weather during the majority of the year! Many cafes and bars are open late and public transport usually runs until at least midnight. If you are lucky enough to be close to the old city, you will see that it is lit up and absolutely gorgeous in the evenings. But no need to take our word for it. Recent surveys reveal that more than 70% of Israelis feel safe walking alone in their neighborhoods at night in the city. When asked if they were even minimally afraid of violence in their neighborhood, almost 80% said they were not at all. Things happen at night in Jerusalem like any city in the world, but there isn’t any reason to be particularly concerned when visiting or living here.

Many have heard that Jerusalem is a safe city, but with one exception, East Jerusalem, which is a heavily dominated Arab-Muslim area. In fact, many local Israelis steer clear from this part of Jerusalem. In truth though, even East Jerusalem is fairly safe most of the time. And to never venture into this part of the city, means missing out on some of the incredible sites and experiences it has to offer. Some highlights include the American ceramic store and museum,  Sheikh Jarrah – East Jerusalem’s elite neighborhood, the Gallery Cafe, the Dar Issaf Nashashibi Center for Culture and Literature – which often hosts concerts, performances, and poetry and literature readings, the ‘Educational Bookshop’ and so much more. Plus, if you are of the Christian faith, East Jerusalem is an absolute must. In this part of the city, you will find St. George’s cathedral, built-in 1898, which includes a stunning botanical garden and a fascinating museum. You can also visit the Garden Tomb for Christian believers (where Jesus is believed to have been buried), Via Dolorosa – the path where Jesus is believed to have walked on his way to the crucifixion, the Tomb of the Kings, the Tomb of the Virgin Mary, the Dome of Ascension and a number of other important cultural sites. While this part of the city is known to get a little heated during times of conflict in the country, East Jerusalem is moving in a positive direction. In fact, Israel recently opened up a new police station in Sur Baher, a community center that offers emergency medical services and government services in East Jerusalem. Ramadan Dabash, Moshe Leon, arab citizens and Israeli locals came out to support the opening of the station. Jews and Arabs are working together to make this part of the city safer, stronger, and more prosperous. These days, the future and safety of East Jerusalem are looking very bright.

Is It Safe To Visit Jerusalem Now With COVID-19?

Putting aside crime, conflict, and political strife, many are afraid to visit Jerusalem or even finally move to the city before there is a cure for COVID-19. And their fear isn’t completely unfounded. Coronavirus has plagued the world. You can read daily about new cases, deaths from Corona, and tragic stories due to the disease. COVID-19 has certainly changed the way of life in Jerusalem, just as it has throughout the world. The Government of Israel cautions everyone to follow MOH health guidelines and do what they can to limit the spread of the virus. In Jerusalem, the government enforces the wearing of a protective mask when in public or on public transportation, to wash your hands often with soap, and to limit public gatherings, transport, and business activities. With all this being said though, locals are trying to get back to normal life. Restaurants are serving customers (in accordance with health guidelines), gyms are available for exercise, and beaches are open and being used by the public. Flights are even available to citizens and future citizens pending a two week quarantine. If someone does not feel well, they are recommended to quarantine, and medical attention is readily available. Is Jerusalem safe from Covid-19? Is anyone safe from Covid anywhere in the world? The disease is real, but locals are learning to function and go about their business with the disease still alive. During this time, Israelis are taking advantage of the country’s nature, going on hikes, swimming in the beaches, picnicking in parks, and staying outside where the virus is less likely to spread. Almost daily things are changing, so we recommend consulting the CDC website for the most updated information. Whether or not you feel comfortable or safe in Jerusalem during Covid-19 is up to you and may change. COVID-19 though is temporary, and Jerusalem is here to stay.

Is It Safe To Live In Jerusalem?

While it is one thing to visit a city, it is another to live there. Many contemplating moving their life to Jerusalem are skeptical.  You may hear about stabbings, terror attacks and riots on the news all the time. How can it be safe?  And the answer is because stabbings and riots, and really anything Israel-related, makes better news material then murder in New York. When it comes to living in Jerusalem, everyday life is really normal and safe. In fact, it’s safer than most Western countries and cities. Comparing crime and murder to cities like London and New York for example, Jerusalem is practically a safe haven. The number of stabbings doesn’t even come close to the number of murders and violent crimes in the major metropolitan cities of the world. Plus, with the rise of antisemitism in the states and across the globe, Jerusalem is becoming the safest place for Jews to reside. Crime and bad things occur in almost every part of the world and Jerusalem is no different. However, locals of the city generally live their everyday lives in peace, with happiness, and safety. There can be no guarantees in life, but a big part of living in Israel is living with faith. Take proper precautions, do your best, but after that, just have faith in a higher power and know that things will be ok. Once you internalize that Jerusalem is in fact a pretty safe place, you can start worrying a little less and enjoy all the amazing things the city has to offer.