Home » News & Media » Israel’s COVID-19 Vaccinations: Updates, The Secret Behind Their Success & What We Can Expect In The Future 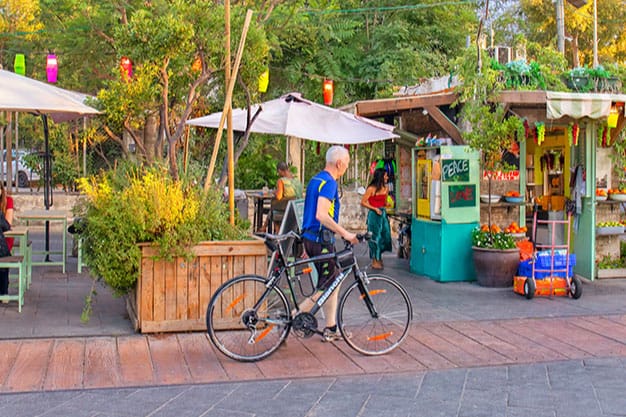 The COVID-19 Vaccine in Israel

According to Oxford University’s World In Data reports, as of early January, nearly 20% of the Israeli population has gotten the vaccine against coronavirus, with many expected to already receive their second dose of the vaccine this month. That number totals at more than 1.6 million vaccinations and counting. For Israelis over the age of 60 years, more than a whopping 70% have already received their first vaccine. Israel has administered more doses of the vaccine per capita than any other country. Hundreds of thousands more are expected to land in Israel in the next few weeks with millions more on the way all before March. Moreover, the Moderna vaccine is expected to be landing in Israel shortly with hundreds of thousands of additional doses to boost the country’s numbers even higher.

Recently Prime Minister Benjamin Netanyahu announced that Israel is expected to be the first country in the world to provide the vaccine to all adult citizens, and is expected to do so before Passover this year. This year for Passover Seder, Israelis can expect to get together with family and friends for the first time in over a year. As Prime Minister Netanyahu so eloquently put, “When we ask why is this night different, the answer will be: Everything has changed.” Israel’s success with administering the vaccine at such a rate and with such success is nothing short of a miracle. Countries around the world are looking to Israel as a model and trying to learn how they can duplicate Israel’s success. How did Israel become the leading nation in administering the vaccine? Why are they expected to be the first country to return to normalcy? Below, we’ll list just some of the ways Israel has managed to set itself up for success and what the future will look like as a result.

Why Israel? The Secret Behind Their Success

3. Israeli Culture – When all is said and done, much of the country’s success has come down to the people. The proper healthcare system was in place, the government did its part in acquiring and distributing the vaccine, but the people of Israel still needed to go and get vaccinated. From the beginning, the country launched TV, radio, and newspaper ads encouraging citizens to get the vaccine. On social media, Israeli’s updated their profile picture frames to encourage others to get the vaccine and celebrated the vaccination by posting a picture of gratitude when they received it. In a country where religion and spirituality are central, important Rabbinical figures across the country got up and spoke about the importance of the vaccine, and in many instances even ruled that it is a halachic obligation (mandatory by Jewish law) to seek after and get the vaccine. In a country where everyone feels like family, healthcare workers have volunteered extra hours and gone above and beyond to help vaccinate their brothers and sisters. Working day and night, healthcare workers have been praised as Israel’s new heroes. Locals are bringing pizza, drinks, trays of sushi, and fruit to hospitals all over the country, in order to do what they can and show their appreciation to the healthcare workers. Without the dedication from the country’s nurses and healthcare workers, the country wouldn’t be where it is today.

The 2021 Outlook & What We Can Expect in The Future

Israel is leading the world in vaccinations against the coronavirus bar none. Prime Minister Netanyahu explained that he estimates Israel to “be back to life” by the end of March, and that “we will open up the economy, we will return to work, to synagogues, to bars and restaurants and cultural life.” An incredible feat for any country, and way ahead of what the rest of the other nations predict for their own countries. Israel returning to normal before the rest of the world will undoubtedly do wonders for both the economy and the real estate market. The country should expect an influx of American Jews returning to Israel for Passover and future upcoming chagim (holidays). American Jews will once again be interested in investing in property in Israel that they can travel to throughout the year and restaurants and tourism will benefit immensely as a result. The resumption of travel will result in bringing many foreign buyers back into the real estate market and help improve the economy. The business sector can expect more meetings, conferences, and transactions to occur in the country, and an added boost to the Israeli economy to follow. In the final days of 2020, Kushner Companies (former CEO Jared Kushner), an American real estate company based in New Jersey, even announced that they are considering raising a $500 million fund for private investors in Israel. Kushner Companies has clearly shown their interest and optimistic look at the future of the Israeli financial and real estate markets, but they are far from the first American real estate company to do so. Other commercial real estate companies like Silverstein Properties, Extell Development Company, and Related Companies have all done the same over the last few years. Prime Minister Netanyahu is meeting with world leaders to share his strategy in acquiring and dispelling vaccinations across Israel. In his own words, Israel is “truly a light unto the nations”, and the rest of the world is beginning to think so. Nobody knows what life after coronavirus will look like, but for Israel, the future certainly looks bright.