Home » News & Media » Living in Jerusalem as An American 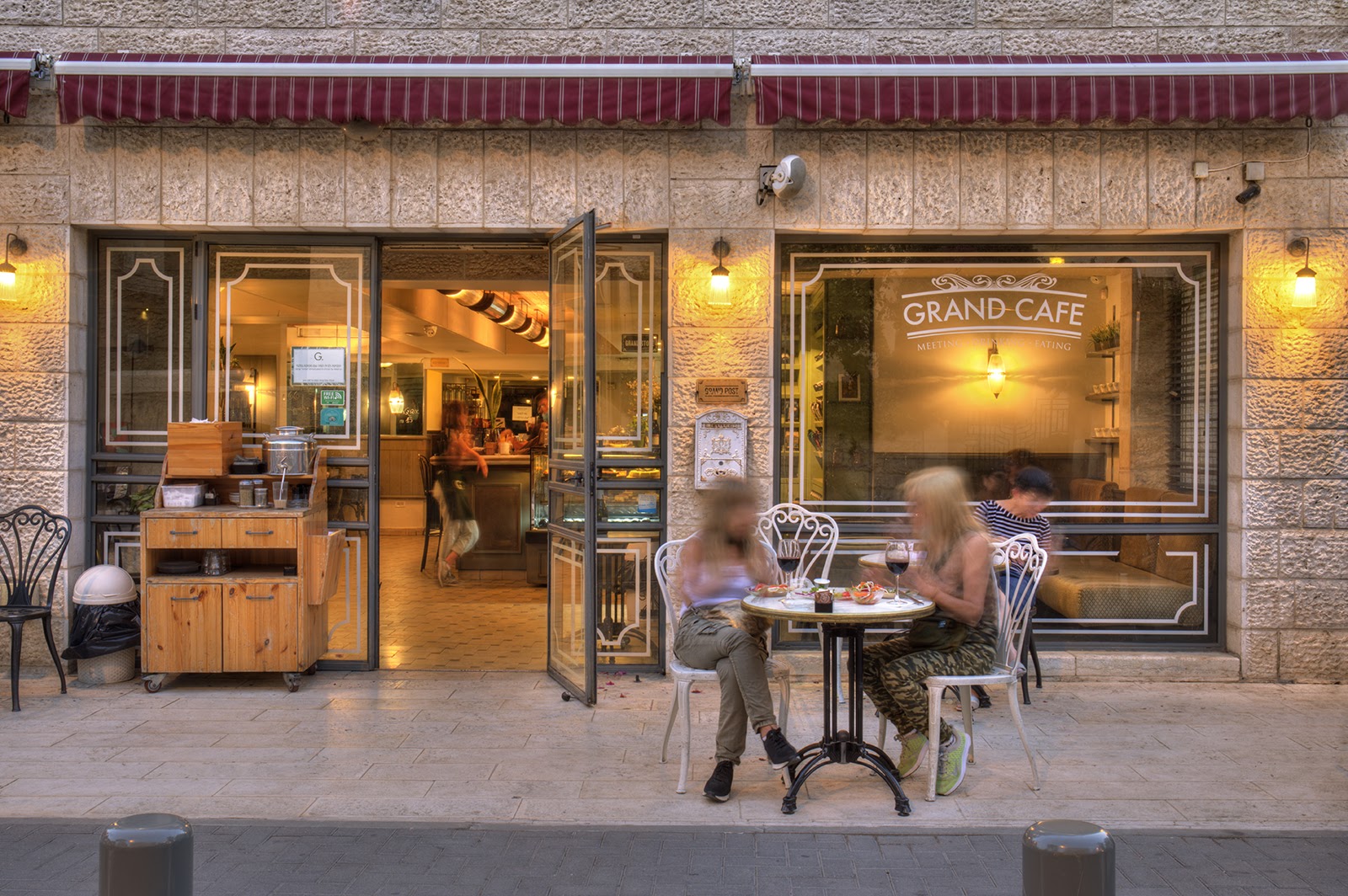 Let’s begin with what’s most important – food. We eat 3 times daily (at least!), use food to celebrate life events, join together with family and friends around food, and it’s pretty much on our minds almost all the time! For many Americans, who have access to Trader Joe’s, Amazon Fresh, Whole Foods, Costco and many of the other superb options for food and groceries within the US, leaving all of that behind is a scary thought. Granted, Israel has come a long way in recent years. Gone are the days where you had to ask your cousin to fill their luggage with Reeses, Ziplocks, Hershey’s and Dr Pepper. Jerusalem in particular, ships in a ton of American products to local grocery stores and makolets (mini-marts) to cater to its ever-growing American population. There are so many American products readily available for Americans in Jerusalem. Recent reports even indicate that 7-Eleven is on it’s way to Israel! But yes, Israel is not America. You won’t find Dunkin Donuts or Starbucks in Jerusalem, and Eggo Waffles, Chobani yogurt, and Aaron’s hot dogs have yet to make it over to the Holy Land. But Israeli cuisine has so much more to offer! Israel has Ice Cafe (it is like a coffee slushy – and yes it’s as good as it sounds), Shawarma, Falafel, Shakshuka, Krembos, Hummus (much better then anything you can find in the states), Israeli Salad and so much more! We know it may seem scary to swap your iced caramel latte for hummus and chips, but trust us, it is worth it!

If you’re from the midwest, west coast, or really from any suburban American Jewish community, you may think life is impossible without your own car. You might even think it’s impossible without 2 cars! In most US cities, it is pretty difficult to get anywhere without your own mode of transportation. We’re here to tell you that in Israel, and in particular Jerusalem, things are completely different. You can literally get anywhere with public transportation. Intercity busses are located everywhere throughout the city and are fairly inexpensive to use. There is also a train in many areas of the city and if you are ever in doubt, a taxi cab is never far away. In Jerusalem, things are also a lot closer together. You’ll find that the local synagogue, grocery store, gym, and daycare are probably all within walking distance from your home. Israelis love to walk and you’ll probably find yourself doing a lot more walking as an Oleh (Israeli immigrant) than as an American. Even if you want to travel up North to the Golan or commute to work in Tel Aviv, public transport is available. There are intercity busses and trains that will take you everywhere in the country. Plus with the way Israeli’s drive and the backup during rush hour, you may want to stay off the road regardless. You’ll also find that many Israelis use electric scooters and bikes to get around. They are cheaper than cars, fast, are a great way to by-pass traffic, and are fun! If you still find it frightening to give up your American-way of transportation, you can have a car here too. If you are living in Jerusalem, you have options.

Kashrut can be surprisingly challenging and confusing for those when they first arrive in Israel. For American Orthodox Jews, Kashrut is fairly straightforward. Kosher products are O-U and non-Koshers products are everything else. There are a few other symbols used for kashrut in the states, including Chaf-K, O-K, and Star-K, but amongst the Orthodox Jewish communities, there isn’t really a grey area or a symbol of contention when it comes to Kashrut. In Israel, and in Jerusalem in particular, there are a wide range of Teudot Kashrut (Kosher Certifications) and a lot of disagreement over which are legitimate. Common certifications that you will find in Jerusalem include Badatz, Eidah Chareidus, Rabanut, Mehadrin, Mehadrin min hamehadrin, Bet Yosef, Landau, Rubin, Sherras Yisrael, and a variety of others. To make things even more complicated, in recent years there has been a strong movement towards alternative kosher certifications, including hashgacha pratit (private supervision). The movement started in response to organizations overcharging for their Kosher certifications and many feeling that their requirements were too strict and beyond the letter of Jewish law. Restaurant owners have taken it upon themselves to create their own certifications, with many even listing out the exact steps they took to ensure Kosher requirements within their restaurant for all to see. Within the government, there has been a lot of debate and discussion around kosher supervision and a call from many to reform standards and policy uniformity. Suffice it to say, Kashrut is far from simple in Jerusalem. On the bright side though, once you figure it out for yourself, the food is really great!

Another change for Americans living in Jerusalem is shipping and delivery. In America, getting mail, ordering clothes, electronics, and even your groceries is a fairly easy and seamless process. Many companies, like Amazon, even have built-in systems where they will automatically send you new products on a monthly basis or when they see you are running low. Israel is known for a lot of great things, but shipping and delivery is not usually one of them. Doar Yisroel (Israel’s official shipping company) is often slow, unreliable, and not easy to work with, at least compared to the customer service seen in most American shipping companies. Israel also places a hefty tax on items shipped from other countries if the order is above 75 dollars. But like most things in Israel, they are constantly working to better themselves, improve and grow. Doar Yisroel is digitizing their services and making shipping more transparent. Many European and even American companies have also started shipping to Israel, and in recent months, even Amazon has started shipping to the country (although next-day deliveries are still a work-in-progress). And like many issues in the country, many Israelis are finding their own creative solutions and solving problems on their own. Local Makolets in Jerusalem with extra storage space are partnering with European businesses to serve as pick-up locations for their packages. As a result, companies like ASOS, Book Depository, Shein, iHerb, AliExpress and Direct are now easier than ever for Israelis to order from. There are a variety of platforms like 10bis that offer food and restaurant delivery for both business and personal requests. Almost all grocery stores in Jerusalem offer their own delivery services now as well. The country has really come a long way in recent years. Significant growth is happening in the shipping and delivery industry, and we are excited to see what innovative developments occur next.

Healthcare in the US and Israel are very different. For many looking to retire in Israel, health services are of particular importance, and understanding these differences is crucial. In Israel, healthcare is perceived as a basic good for all its citizens and every single citizen of the country is provided with healthcare. This may seem unusual for Americans, where healthcare is driven by the market and provided by for-profit organizations. While the US government does play a role in healthcare, their focus is primarily elderly, disabled individuals, veterans, federal employees, and those from low income families. Most Americans receive their healthcare from their employers, which is not the case in Israel. Since healthcare is mostly privatized in the US, Americans are used to having numerous different health packages available with different offerings and services provided. In the US for example, some healthcare packages may not include dental or optometric care. In Israel, even though you can choose from a few different healthcare options, even the most basic package covers the basic necessities. In Israel, for those who want above and beyond the services provided by the government, there is also an option to go private. In general, healthcare and medical treatments in Israel tend to be much more affordable than the US. Obviously, there is a lot more to speak about regarding the differences between healthcare in the US and Israel, and for specific medical treatments or conditions, we would definitely recommend consulting with a medical health expert. What’s important for Americans considering moving to Jerusalem, is that they should know that when it comes to healthcare, Israel will take care of them.

Depending on where you are coming from in the US, you may likely be used to bigger houses, with garages, big backyards, and open space. In Jerusalem, that will be pretty rare to find. There just isn’t the space in the city. While there are people who do own and live in houses, most people in Jerusalem are living in apartments. The focus for many real estate developers in recent years, is on building taller buildings and ‘building up’ instead of building out. With so much demand and such little space, developers have no other choice. And while Jerusalem prices vary dramatically, depending on your neighborhood and the state of your property, they do tend to be pricier than your average suburban home in the US. Americans will see that the process for buying a home in Israel also differs in many ways from the US, but we won’t go into all of the details here. Buying a home in Jerusalem isn’t always cheap and it may mean moving from a house to an apartment. But what the city lacks in space, they make up for in quality. ASDEN for example has been at the forefront of developing luxury neighborhoods in the city and setting a new standard for housing in Jerusalem. You can find incredible and beautiful homes in Jerusalem that won’t require you to settle on quality and comfort. 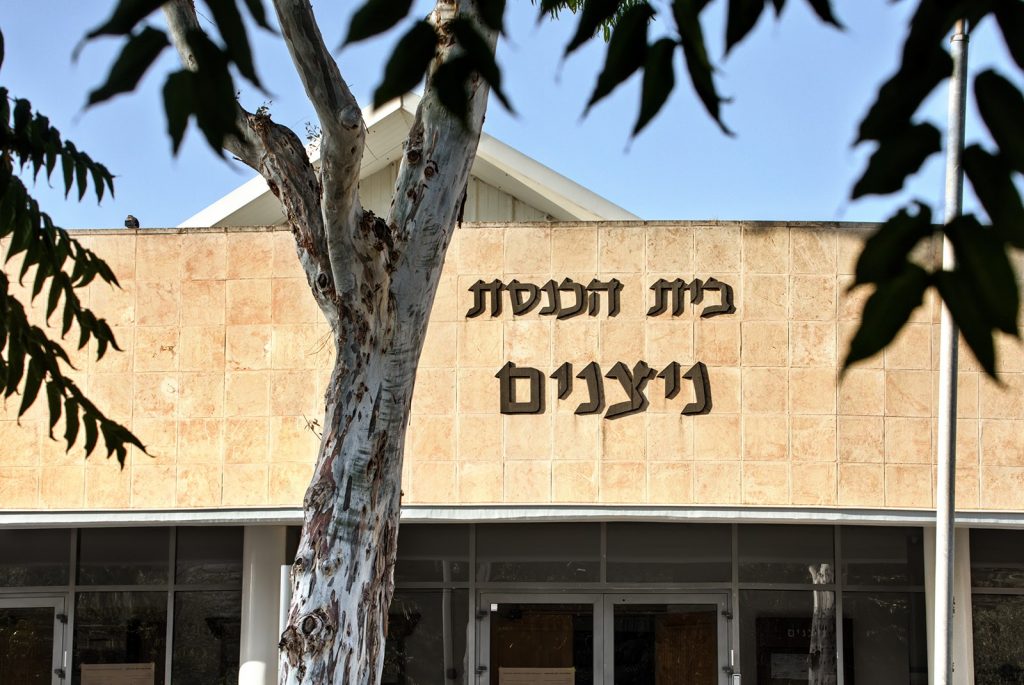 ASDEN also works in communities in Jerusalem that are popular amongst modern orthodox olim, like Baka and the German Colony. Both these areas make living in Jerusalem as an American incredibly convenient. By having the support system from like-minded others in the area, being part of American-style synagogues like Nitzanim, and having numerous kosher American brand food items available, it makes the transition to this city just a little bit easier. For many Americans, living the dream and moving to Jerusalem will require you to make some lifestyle changes. Jerusalem doesn’t have everything the US has, but it also has so much more. Israel has grown and developed as a country. It doesn’t need to be just a dream from Americans; it can finally be a reality.