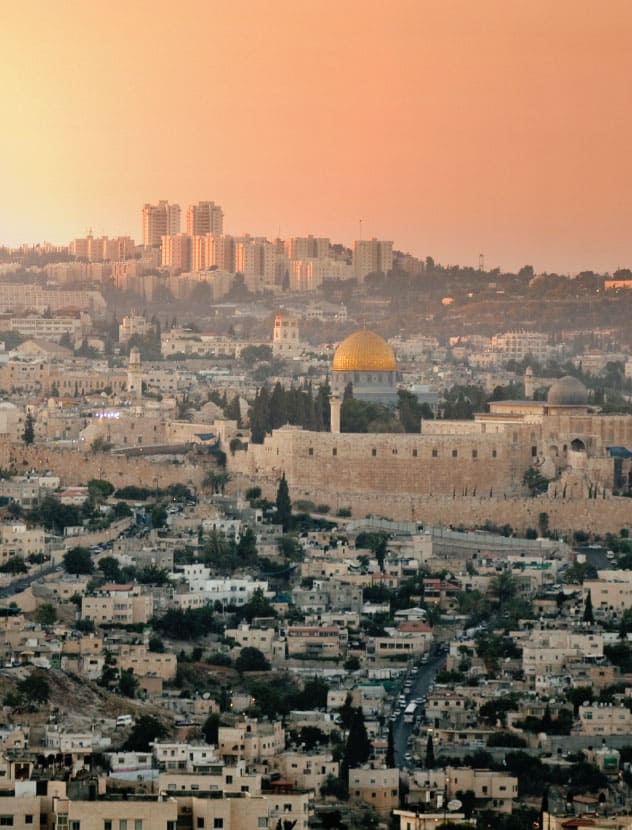 Why is Jerusalem important?

The Importance of Jerusalem

Most people, certainly Israelis, would consider Jerusalem to be the heart of Israel. Jerusalem is the seat of the President of Israel, the Knesset (Israel’s parliament), the Supreme Court, government ministries, the Chief Rabbinate, the Israel Museum, the National Library, and Yad Vashem Holocaust Memorial. Jerusalem has been a key figure in the realms of history, politics, and spirituality for thousands of years. Israel’s capital city, tucked within the Judean Mountains, is considered one of the most beautiful, holiest, historical and complicated cities. Because of that, it is also arguably the most highly contested piece of real estate on the planet. How could you not be, as the site of major significance for the world’s three largest monotheistic religions? Even with all that said, what makes Jerusalem so special and unique is that it is a modern city with an ancient heart. When you walk along the streets of Jerusalem you see a bustling city that is vibrant with activity and you want to feel part of it. It balances ancient and modern, spiritual and pluralistic, peaceful and electric, and mystical yet real. It is a special city, unique, and like no other in the history of the world.

Anyone who knows Israel’s history knows that it has changed hands many times. It saw the rise and fall of the Babylonian, Roman, Ottoman and Persian empires – to name a few, even though a Jewish presence managed to remain in the land throughout all the turmoil. Most importantly, Jerusalem was divided during the first 20 years of Israel’s existence. Israel controlled the Western portions of it, while Jordan controlled East Jerusalem. However, after the 1967 Six Day War, Israel took back all of Jerusalem, including access to the holiest of Jewish sites – the Kotel (Western Wall). The irony of this all is that for centuries, Jerusalem wasn’t even on a major trade route and it for ancient times was considered far from the sea. So it was an unlikely choice to become such a sought after city.

You can imagine with that kind of history, walking through Jerusalem must feel like a museum or everything looks old, but that is not the case. In the last 10 years, Jerusalem has undergone a revival and is gaining stamina as a reputable modern city with a new spirit. Jerusalem’s streets have seen a lot and no doubt have a story to tell. When walking through Jeruslem’s streets you can’t help but pass by one of many architectural landmarks – remnants of bygone times. Whether you are walking the cobblestone streets of the Old City towards the Kotel (Western Wall), riding the light rail over the Gesher Hameitarim bridge, taking a classic social media photo in from of the Ahava sign at the Israel Museum or jumping in a fresh Maayan (spring) behind the Central Bus Station – you are bound to learn something or hear a story from your cab driver.

Given Jerusalem’s importance to the world at large, the Jerusalem Committee was established by Mayor Teddy Kollek in 1968 to review the city’s development plans. The Committee – which consists of some 70 renowned urban planners, architects, historians and philosophers from many countries – meets in Jerusalem every two years and serves as an international advisory council concerned with the restoration and development of the city, and the preservation of Jerusalem’s special character and unique heritage.

Jerusalem has long been embedded into Jewish religious consciousness and it is given special status in Jewish law. For example, Jews outside of Jerusalem pray to face in its direction and when the Holy Temple was standing, Jerusalem unique laws related to the Four Species of the Sukkot holiday and the shofar on Rosh Hashanah. And as we mentioned earlier, it is considered a holy city to many religious traditions. Some of the most sacred places for these religions are found in Jerusalem and the one shared between all three is the Temple Mount. Interestingly, Jerusalem appears in the Old Testament 669 times and Zion, which is another name for Jerusalem, appears 154 times.

It’s safe to say it’s a pretty holy place and if you’re looking for some spiritual inspiration, all you need to do is walk the ancient streets of Jerusalem’s Old City and pray at the Western Wall. To get there you can walk through the Jewish Quarter or the Arab Shuk and without a doubt you will see people from all walks of life and people from all over the world. For a city that some say is one of conflict, you can look at it more as a city that brings people together – from the four corners of the world.

Once you’ve had that spiritual boost you can stop at a chic outdoor patisserie only minutes away, go to the nearby outdoor shopping mall or grab a rooftop cocktail at the Waldorf Astoria Hotel. You can see that Jerusalem is in the midst of her own urban revival, in which the old and abandoned are becoming new and exciting. It has become a modern, thriving, metropolis and continues to evolve.

Beautiful structures dating back hundreds of years that once stood abandoned are now being transformed into cultural community centers, affordable housing, and shared workspaces. New housing developments are being built for young couples and families, and city planners are employing the concept of mixed use spaces to bring more life to the city. The result is that Jerusalem, Israel’s largest city of more than half a million people, is starting to feel more like a capital city should feel. Iit has a lot to offer young creatives, government workers and families alike, from its stunning architecture and history to Israel’s best academies of art and design and a wide variety of diverse communities – Israeli and Anglo – to make anyone feel like they are truly at home.

INVESTING IN THE FUTURE

Intertwined with rich history, spirituality, and modernity, it is no wonder why Jerusalem is such an important city. And with the city  continuing to develop and grow all the time, it’s importance throughout the country and the world is only growing. You can walk around the city and see construction happening everywhere, all the time. This marvelous city is only getting bigger and better. We truly cannot imagine a better place to invest. But the best investment we can recommend is not only financial, it’s an investment in life in Jerusalem. Today, apartments are being built throughout the city, including in beautiful areas like Baka, the German Colony, and Old Katamon, Talipot and the Old City. Jews from all over the country can create a life for themselves in Jerusalem, invest in the city’s future, and ensure a bright and promising future for their children. Asden Israel has established itself as one of the leading developers in Israel For over a decade, Asden Israel has transformed Jerusalem’s high-end residential real estate industry and invested in the city’s future. If you’re serious about investing in Jerusalem and investing in your future here, you will need a serious partner to invest with. We may be a little biased, but we believe our apartments and customers can speak for us. We care just as much about the future of Jerusalem and you do, and we want to ensure your future in this city is remarkable and long-standing. Jerusalem is the story and history of the Jewish people. It tells the story of how they have persevered, remained steadfast in their beliefs, and have developed and grown to build the beautiful modern city that Jerusalem is today. Join us and help invest in the future.