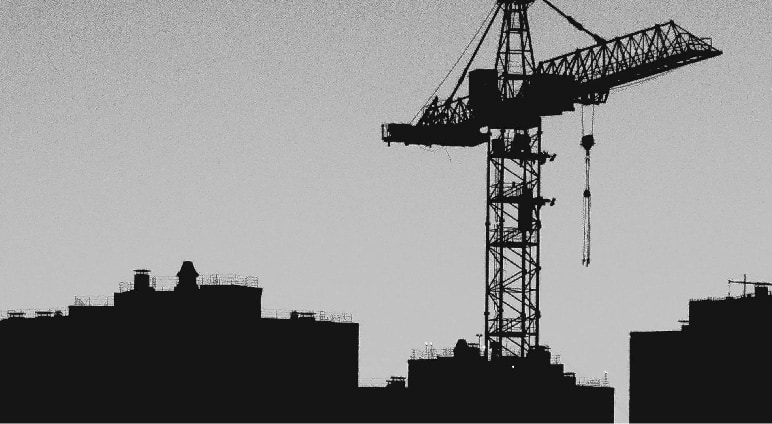 According to the newest data from Israel’s Ministry of Tourism, Jerusalem is the most sought out destination In Israel from tourists abroad, ranking even higher than Tel Aviv. What makes Jerusalem so intriguing? Jerusalem has always been able to balance the past and the future. On the one hand, you have the Old City, the Western Wall, incredible historic sites and thousands of years of Jewish tradition still very much alive in the city. On the other hand, you have a city of modernity and technology. You will find thriving businesses, an exploding culinary scene, a growing nightlife, tons of activities and events for families, arts and culture, and incredible diversity. The light rail and improved transportation make it easier for tourists and locals to get around the city and see everything it has to offer. And it’s not just tourists who are seeking out Jerusalem either. More and more foreigners from abroad are looking to Jerusalem as their next home. With constant development and growth, Jerusalem continues to become more and more attractive. In recent months, a number of announcements have been made regarding upcoming city projects. Just when you think the city has reached its peak it continues to grow and evolve. We’ll take you though some of these notable projects in the post below.

The Talpiot industrial zone of Jerusalem, a once run-down and forgotten area of the city, is making a comeback. Talpiot was built in the 60’s to house factories, garages, storehouses and commercial real estate. It was noisy, dirty, grimy, and any houses that were in the area were most likely cheap and low quality. The Jerusalem Municipality announced this past March that they plan to build 8,600 new apartments in highrise buildings, create new office spaces, construct modern commercial centers, set up public playgrounds and rebuild the city. The plan is set to be one of Jerusalem’s largest ever strategic plans and will provide everything citizens require to make a home for themselves there. According to Jerusalem Mayor Moshe Lion, “The master plan for the Talpiot district is a great example of an advanced and vibrant urban space where businesses and jobs are next to housing and cultural buildings, making the best use of the limited land resource”. Additionally, the new plan includes enhancing public transportation options, including adding a route for the Jerusalem Light Rail, making the area accessible from visitors from outside the city, and creating more parking lots and better roads. New buildings have already gone up and families are beginning to already move into the area. Locals are calling it ‘Talpiot Chadasha’; aka ‘The New Talpiot.’ Will this be the hottest new area in the city? Only time will tell, but if all goes according to plan, the citizens of the city have a lot to look forward to. 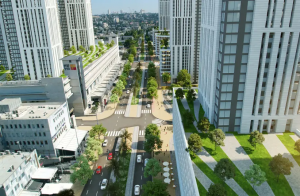 An illustrative picture of Jerusalem’s new plan for Talpiot,

The Jerusalem First Station is one of the most upcoming and developing projects in the city. The station has been around for quite some time. Constructed back in 1882, it once served as the city’s main transportation route, up until 1998, when the station was closed and abandoned. In recent years, it has been transformed into a cultural center with restaurants, bars, arts, classes and sports, municipal events and has become a center for tourism. Locals in the city frequent the station to dine at some of their favorite gourmet restaurants, grab a drink with friends, join incredible events with music, dancing, and shows, and come to shop by artisan craftsmen and vendors. Some even frequent the station multiple times a week to attend yoga and zumba classes or bring their kids to any number of the many childrens events that take place there over the summer. The area is also home to the Margalit Startup offices for young and growing local businesses. Recently, the Jerusalem municipality announced that they will be expanding the offices, adding housing units and commercial real estate buildings to the area. Their plan includes the construction of 200 residential units, and 4,00 square meters of commercial office space. The plan also intends to integrate the cultural elements that make the first station so great, by creating open courtyards for additional cafes and restaurants and areas where locals can play live music and set up other forms of entertainment. The First Station is a growing cultural hub of the city, and with the new plan from the city, the area is about to take things to the next level. 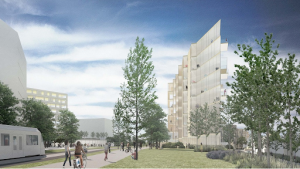 Har Homa is becoming one of Jerusalem’s fastest-growing neighborhoods. While many are attracted to the area due to the beautiful view it offers of the Jerusalem Hills, others are pulled in by real estate prices. The area has become particularly popular amongst the religious Jews, looking to find new affordable housing in the city. The one obstacle for the neighborhood however is that the Palestinians still claim ownership of the land. The hill was captured during the 1967 war, and since then many have constantly worked to oppose the expansion of the area. Just a few months ago,  the Israeli planning commission announced it will be building 540 new housing units. This is a huge move not only for the Har Homa neighborhood but for all of Jerusalem. The plan would be the first housing units permitted over the Green Line since President Biden took office, would set a precedent for future Jerusalem construction, and ultimately extend the boundaries of Jerusalem. In fact, another 2,000 housing units are already in discussion in another neighborhood across the Green Line, Givat Hamatos, just northwest of Har Homa. As housing becomes more and more in demand across the city, the possibility of expanding the boundaries, creating new space, and building new neighborhoods for Jerusalem residents is both hopeful and promising.

On June 13th, after years of elections and failed coalitions, Israel announced that they finally have a new government, headed by Naftali Bennet and Yair Lapid. Prime Minister Bennett, eager to get to work, has already laid out many of the goals and priorities of the new government, one of which is housing. In his opening speech, Bennett explained that he understands the need for more and better housing in the country and he intends to tackle the issue head-on. He spoke about expanding and increasing buildings in order to make prices more affordable and to give more citizens the opportunity to own a home. He wants everyone to be able to afford a home, including those who serve in the army, and generally have a lower income. He also spoke about expanding housing specifically within the ultra-orthodox sector, as construction in the past has not been able to keep up with their growing population. He plans to expedite building and even create new neighborhoods for the Chareidim. Bennet even spoke about increasing housing for the Arab society, while working to improve infrastructure and fight against crime and violence. Newly appointed housing Minister, Zev Elkin of the New Hope Party, has already let everyone know that he plans on making a change and how he knows how important the issue of housing is in the country. To put it in Elkin’s words, “This is a national mission of the utmost importance. It is a great honor and a huge responsibility to begin leading this ministry because the problem is everyone’s – and I intend to be everyone’s minister,” Elkin said. “It’s time to do things and not just make plans.”. It’s too early to tell what will transpire under the new government and how it will affect Jerusalem, but it’s promising to see that housing, construction, and interior development are some of their highest priorities. Let’s hope for the best!

With so many exciting projects in the works, one can only wonder how the future of Jerusalem will look like. Ever-expanding, developing, and growing, Jerusalem housing seems like the ultimate investment. If you want to invest in a new home in the city of Jerusalem, now is the time. With so many incredible building projects in the works, the city is likely to transform like never before. Asden benefits from over six decades of international experience and reputation. Constantly exploring the most recent global innovations in the field of real estate development planning, promoting and marketing, they can be your trusted partners in this process. Working together you can make one of the greatest investments of your life; an investment in the city of Jerusalem.